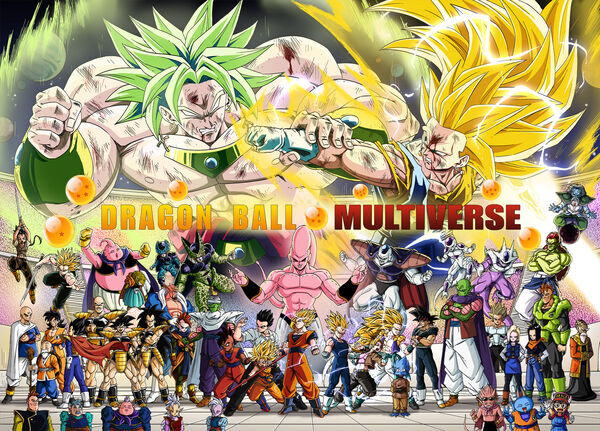 Set 10 years after the end of Dragon Ball Z in Age 794 known as Universe 18, the main plot revolves around a variety of universes. The strongest of each are invited to participate in a unique one time event, being a tournament which would be held in Universe 0, where there is apparently no life at all so it is okay for all competitors to use their true full power. Each universe can really be viewed as an alternate timeline, known as Multiverse Theory. The winner of the tournament will receive 3 wishes from the Namekian Dragon Porunga, from their own universe, as well as if needed, to use Dragon Balls from the other universes too. The tournament is hosted by the Organizers (Kaioshins, otherwise known as the "Supreme Kais"), and that after the tournament is over and the winner is determined, they would grant the winner their prize, and then lastly decide to permanently close all links to all of the universes for good.

Overall, there is a total of 20 universes each having the same Dragon Ball story from beginning to end, but with a small, yet hugely impacting change on the story that becomes a very big and clear difference in differentiating between universes. For instance, in Universe 7, the story remains the same, up until the battle with the evil tyrant, Freeza, in which in order to defeat him, every single Namekian decided to fuse together, creating enough power to wipe him out. The product of this to create one "Super Namekian", was known as Gast Carcolh. Apparently, he was also strong enough to defeat Cell, as well as Majin Buu; in the early first part of the manga before the tournament had started/began, when he was first introduced, Nail said that after defeating Freeza, he defeated a "Lizard man", and a "Pink demon".[1]

The duo first created the comic, along with their own website hosting it, in 2008 on March the 13th.[2] So far, they have created over 50 chapters, consisting of over 1,300 pages,[3] as well as translating it into a variety of languages with a current total of 32, all of which can be seen on their website in the "Authors" section.

The series has also been produced in a novel-based format, alongside their original manga format. However, in their manga format, unlike the traditional way of reading manga, which is right to left, the duo had decided to publish it in the left to right structure of reading it, even if you decide to read the fan comic in Japanese. Roughly the combined duo's efforts put out about 3 pages each week. As well as this, they also ask their assistants and what not to create specials. These are for the many universes the duo have created within the story.

Community content is available under CC-BY-SA unless otherwise noted.
Advertisement